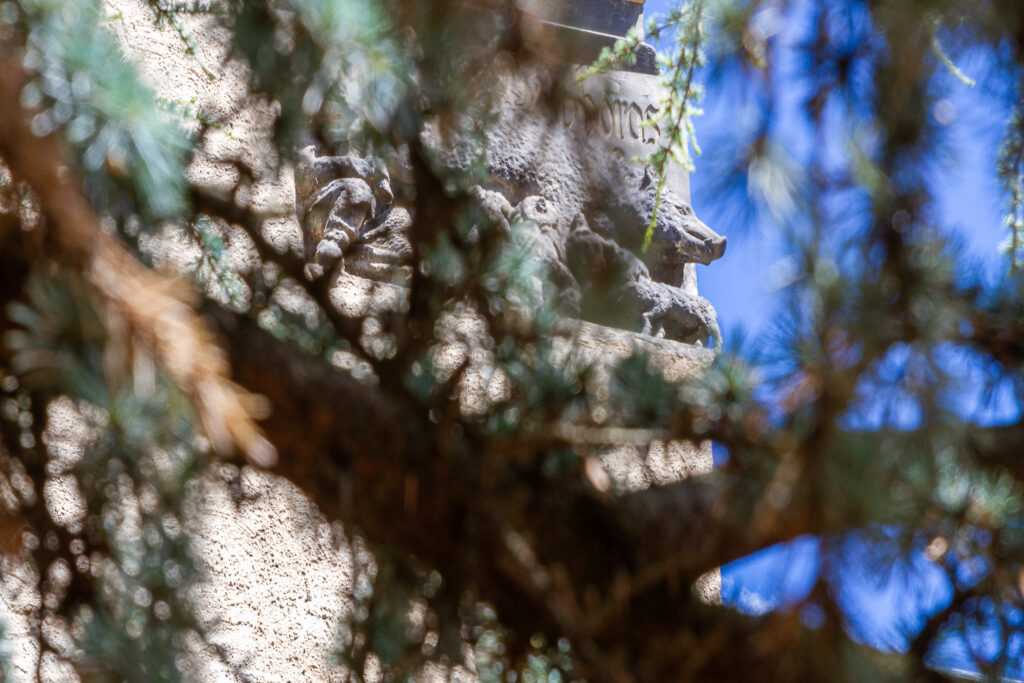 The defamatory Relief Sculpture on the Wittenberg Town Church

The anti-Jewish relief on the Town Church probably dates from 1290 and was originally mounted on the north facade. In an obscene way, people depicted as Jews are shown sucking on the teats of a sow. One of them is looking into the sow’s anus. The motif is evidence of centuries of Christian hostility towards Jews.

History of the anti-Jewish Motif

In the Middle Ages so-called „Jewish sow“ depictions were widely spread in German-speaking territories. They can still be found today on about 30 churches and other buildings. The sculptures fulfilled two functions at that time: On the one hand, Christians should be warned not to sin – Jews were used here as a negative reference. On the other hand, the sculptures marked the fundamental disassociation of Christianity from Judaism and thus contributed to the exclusion of and violence against Jews. In the late Middle Ages the anti-Jewish message of the image became increasingly radicalized and spread rapidly throughout the German-speaking world, especially with the advent of the printing press.

Due to the pointed hats, the persons depicted were clearly recognizable as Jews by the viewers of the time. Once merely a Jewish item of clothing, the so-called „Jew hat“ soon became a sign of recognition for Jews in the Middle Ages. In some areas it was part of discriminatory dress codes. Jews there were forced to wear the hat in public.

Martin Luther an the Jews

The Relocation of the Sculpture

From 1569 to 1571 a reconstruction of the Wittenberg Town Church took place. About 25 years after Luther’s death, his preaching church was turned into a representative place of the Reformation. The relief was moved to the southern facade and an inscription was added, which was taken from Luther’s writing „Of the Unknowable Name and the Generations of Christ“ (1543). In his text Luther not only explicitly described the Wittenberg relief, but also glorified its anti-Jewish character. This direct connection to Luther’s writings distinguishes the relief in Wittenberg from other „Jewish sow“ depictions on German churches.

Particularly in his late writings, Martin Luther repeatedly expressed hostility toward Jews. While in „That Jesus Christ Was Born a Jew“ (1523) he had still advocated a non-violent missionary practice, he openly called for violence against Jews in „On the Jews and Their Lies“ (1543). Theologically the reformer insisted on the falsity of the Jewish interpretation of the Bible. In 1543 he addressed the Protestant rulers with the demand that they enact anti-Jewish laws or strengthen them. Under National Socialism, Luther’s writings were prominently featured and were part of the regime’s anti-Semitic mobilization.

For centuries Christianity defined itself primarily in distinction to Judaism. The focus of Christian hostility toward Jews in the Middle Ages was the accusation that Jews refused to accept the Christian doctrine of salvation, that they were responsible for the death of Jesus Christ, and that they secretly worked against the Christian majority. Jews were thus stylized as the primary enemy image. With the beginning of the first crusades, there was open violence against the Jewish population. In addition, numerous narratives unfolded that were hostile to Jews: legends circulated about alleged Jewish ritual murders of Christian children or supposed desecrations of communion wafers. The accusation that Jews had poisoned the wells of the Christian population led to pogroms throughout Europe in times of the plague.

The Reformation Altar by the Cranachs

The defamatory relief is not the only anti-Jewish imagery found at the Town Church. The famous Reformation altar by both Lucas Cranach the Elder and the Younger in the interior of the Town Church also makes use of anti-Jewish imagery. The depiction of the Last Supper in the middle painting of the triptych portrays Judas Iscariot as a traitor – a central anti-Jewish figure since the early Middle Ages that also found its way into modern anti-Semitism. For centuries, Christian-influenced Judas narratives accompanied discrimination against Jews. 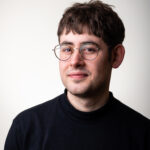 Was erinnern wir am 9. November?